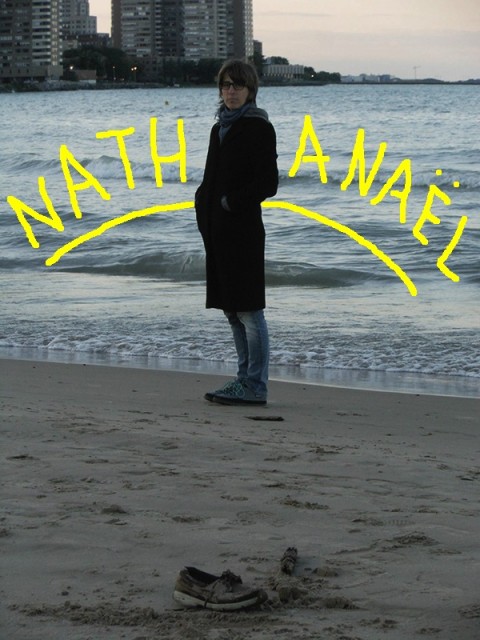 1 – Does a literary hard-on exist?

It must do. Otherwise your Primary Anatomy would not exist. Maybe it is a matter of what language for what mouth. And what a body is in such a case. We have it all wrong, I think, the organisation of the senses, and the venal conduits we imagine to describe bodies. I suppose I would wonder, today, what a literature is at all, as the overwhelming effort seems increasingly to be one of global domestication. Who “we” is is another question again.

2 – What is a fuckable text? And is it only fuckable in a particular language?

These are such slippery questions—far be it for me to attempt to answer what the book asks. Maybe it is interesting that these lines are excised from the French, and when the fuckable boy is evoked there, it is in English, again. Surely, the senses must be limited by the languages through which they attempt to speak.As with o pau-duro literário, it seems a thing that exists precisely in the place where it disappears. This is a secret language keeps; a lie it tells, in the way a lover reaches through one body to touch another. Whatever it does, it falls through itself into nothing.

3 – Do you think there’s anything other than body in language?

At the time of this book, I might likely have said not. At this point it isn’t clear to me what a body is nor whether it is alive, capable of being alive. More and more it appears to me as a corpse, out of time. Je Nathanaël doesn’t altogether succumb to this kind of thinking. It seems still to believe in something that isn’t foregone. Even as it throws itself down.

4 – What is the story behind Je Nathanaël? I mean, how did it come to be?

I don’t mind answering this question; Je Nathanaël is in a sense the only book I’ve written (perhaps besides Absence Where As) which can at all be archaeologically apprehended. Though I really do want to underscore the degree to which this work has become foreign to me. The French was first published in 2003, over a decade, and many more books, ago, and my mind is quite elsewhere. Still: of Je Nathanaël I can affirm that it has no single language. That unlike everything else I have written, and certainly had written up until that point, this work was written across two languages and as such it cannot be said to have an original language, or anything resembling a mother tongue: it is both a translation and the refutation of translation. It doesn’t have a complete or total existence in either English or French (nor, I suspect, in Portuguese or Bulgarian, two languages in which the work has been integrally translated; there are also passages in Slovene, a language that as I understand it disallows ambiguity of gender—but this is actually true of all languages since they both govern and are governed by strict gender codes and sexual regimes (whatever their surfaces suggest).If the first part I wrote (The Other Body) was written in response to an issue of a literary journal on taboo (a not very interesting theme, in my view), it wasn’t so much the fuckable elements of the work that were at stake, but rather the accounting of a body in a language (French), that is so irremediably gendered. My attempt had been to write gender out of French, or to confound it to such a degree that it revealed its obvious ridicule, as well as its incompatibility with the body, while perhaps cracking something open of desire. Oddly, in English, those concerns all but disappear since English has the propensity to mask gender under the guise of a semblance of universalism, which is obviously bunk. But the two languages handle gender very differently, and so the overlay of versions creates more murk than it does clarity, which seems right to me.There’s something else I want to say. It seemed, when I wrote this book that I had something to say to Gide and to the way he had left Nathanaël suspended in the pages of his book. This was a persistent concern for me. I’d published a book in 1999 in which I’d left two women stuck in an underground rail station that had been sealed off from the outside world; I wondered what had become of them and so I wrote another book to find out. With Les nourritures terrestres it was similar; I wondered what a writer’s responsibility was to the figures present in our works, and what right we had to speak for them.

5 – You’ve translated Hilst’s The Obscene Madame D to English. What is there in Hilst’s work, in her language, that you can’t find anywhere else? And what are your thoughts about the comparisons that come from time to time in the United States about her work and Lispector’s, now that people are finally having access to her writings? Is that a question even worth addressing?

With Hilst it was so visceral and immediate. I first read L’obscène Madame D in such an exacerbated state, in actual exile, perhaps the only time in my life I could claim to have lived in exile (in the city of my birth, and there is a long digression here that I will spare this interview); and what struck me then, even through the translation, was how intractably this work exposed the lure of what had been disseminated as the writing of the body primarily through French, often feminist, literature (one could argue, for example, that Cixous utterly appropriated—perhaps even anthropophagized—Lispector to her own ends, making a “novel” literature out of one that already existed elsewhere, and the dissemination of which she controlled and manipulated; one could say the same of her treatment of Joyce, or more recently, Derrida). Perhaps it is that A obscena senhora D doesn’t coat the body in theory, and one is made to contend with its perversity, its ugliness, and its tenderness, its hirsute intelligence, imbricated in a stinking thing called world, which includes every body part. It isn’t something to be described, and I have been so often called upon to do so that I would rather say nothing, and point back to the work we did together translating Hilst, against certain linguistic (anglophone, though not exclusively) predispositions.As for Hilst’s reception in the U.S. alongside Lispector, I am not in a good position to say. Every literature is misrepresented in translation, because of its selectiveness; and for far too long, Lispector was the sole representative to a particular anglophone milieu of a literature called Brazilian. That Hilst arrives as a necessary counterbalance is to be recognised, but with the disappointed acknowledgement of the rapid instrumentalisation and commodification, not only of her literature, but of a narrative by which she is described. The tendency to speak regrettably covers over the need to be silent. In this instance, I think: we close our mouths, and we read. When we open them it isn’t to speak.

6 – You know, i think i understood that i wanted to publish books when i was reading Je Nathanaël, in a futon bed in chicago, at 4am and came across the following sentence: fucking demands genealogy (A foda se quer genealógica). Did I remember the original sentence correctly? Anyway, thank you.

Minha amiga, I don’t think there is a correct sentence in this case, or even a correct memory, unless it is the memory of a friendship. Can two people meet in a book. For me the whole question is in these two lines: “I am a book that has already been written. I am the book no one dares to write.”The conduit you describe runs from Chicago all the way to Rio, direct.

Nathanaël is the author of a score of books written in English or in French, including Sisyphus, Outdone. Theatres of the Catastrophal (2012); the notebooks, Carnet de désaccords (2009), Carnet de délibérations (2011), Carnet de somme (2012); and the essay of correspondence, Absence Where As (Claude Cahun and the Unopened Book) (2009), first published in French as L’absence au lieu (2007). Her work has been translated into Basque, Greek, Slovene, and Spanish (Mexico), with book-length publications in Bulgarian and Portuguese (Brazil). The recipient of the Prix Alain-Grandbois for …s’arrête? Je (2008), Nathanaël’s translations include works by Édouard Glissant, Catherine Mavrikakis, and Hilda Hilst (the latter in collaboration with Rachel Gontijo Araujo). Nathanaël’s translation of Murder by Danielle Collobert was a finalist for a Best Translated Book Award in 2014. Her translation of The Mausoleum of Lovers by Hervé Guibert has been recognized by fellowships from the PEN American Center and the Centre National du Livre de France. Nathanaël lives in Chicago. < http://polysemique.blogspot.com.br/>