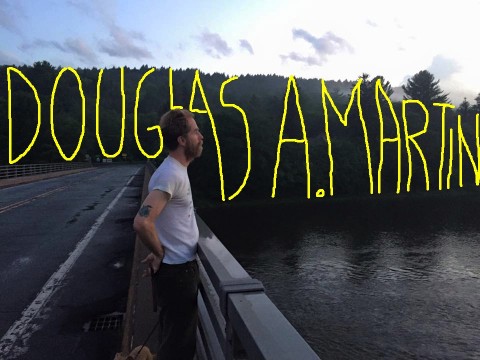 1 – What is the story behind Your Body Figured? I mean, how did it come to be?

I lied to get a big agent after my first book, Outline of My Lover. When I had the uptown meeting where it would be decided if I would be taken on or not, I said how, in addition to the book that became Once You Go Back and that she was in part basing evaluation upon, I was also planning on writing a book about Anais Nin, a historical thing. Paris in so and so year. I was very friendly with Colm Toibin around the same time, who then had extreme faith in what I was doing in those autobiographically based works of mine which I still approached as fiction, story-making. “This fictional voice you’ve found is really something.” Or something like that. I hadn’t done Your Body Figured yet, so he didn’t mean it. But once when I went to visit him in his office he for awhile had at the New York Public Library, part of some fellowship or residency—one of those things I myself would never get—he did ask something like what I was going to do when it was all over? Going through the things of my childhood. I begin to think how I would ever want to move beyond self and at the same time looking at who did and didn’t succeed on their own terms…. There are other roots to it, too. I wouldn’t write about the relationship I was in at the time, but a boyfriend my age who wasn’t supporting me financially if artistically in a way gave me Guy Davenport’s Balthus book. Another boy I changed the way I talked to try to be more like had given a Francis Bacon monograph, before that. Hart Crane I didn’t understand and wanted to try to more. It was very important for me to have something I could work on by learning and then transcribing an initial reaction to what I was gleaning. See then how all those reactions might add up, what areas they might connect, what it begins to say. We don’t think of Narcissus as talking, do we? Such a rarefied trope. How not to make it precious, even these personages romantic. I had also just gotten out of grad school for writing and never wanted to be one of those gay guys in my classes who wrote female protagonist screens for themselves. An earlier version did have Nin and also O’Keefe, connecting them to Balthus and Crane respectively through another man, but I couldn’t find someone similarly for Bacon/Dyer, so that part of the structure collapsed a bit, and I let it go for balance in the end. It began even more ambitious.